Learn Greek in English in Rome 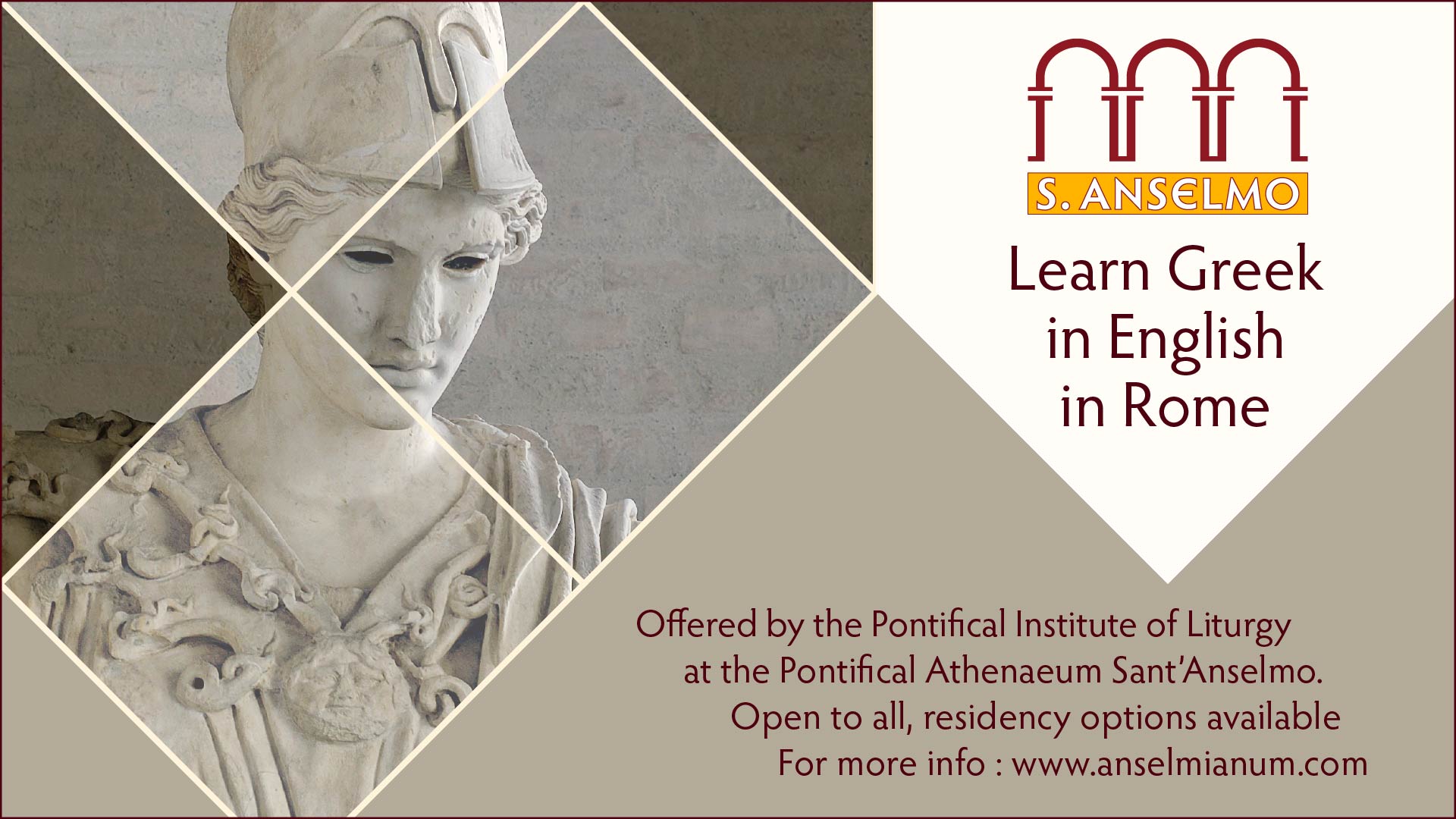 Alongside the new Latin in English in Rome programme, the Pontifical Institute of Liturgy is offering an equivalent course in Ancient Greek taught in English. The course, which is part of the introductory year of the Pontifical Institute of Liturgy, aims to bring students to a fluent reading ability of Classical Greek, which was a continual point of reference for Christian Greek writers, as well as to include passages in Koine and patristic Greek.

Teaching is based on the well-established course, Athenaze, which introduces students to the vocabulary and grammar of Classical Greek in an active programme of graduated reading and focused exercises, aimed to help students internalise the thought patterns implicit in the language and to acquire from the outset a feeling for its expressiveness and beauty. It is set in Classical Athens and offers at the same time an insight into the culture and life of the period, as well as including short excerpts from the New Testament and from other sectors of Greek literature and thought.

Deadline for enrollment is Monday 3 October.
The official code for the programme is 01023 Greek in English.
It will be taught by David Foster OSB, monk of Downside Abbey, England.
Successful completion will award 10 ECTS each semester.

The lessons are in the morning, from 10.15-11.50, three days a week, Tuesday to Thursday. The academic year begins Monday 3 October, and runs through two 12-week semesters until the end of May 2023. There will be 144 class hours in all.